nlly  – is a Cologne and Hamburg-based musician, composer and producer. With a velvety voice she mesmerises the audience. A concert by nlly is a performance of true pop, a voice that gets you, accompanied by an electric keyboard or the guitar, some beats and a whole lot of pathos. Coming from a classical background the songs often build up rather ecclesial. Never too shy to speak awkward truths about relationships, friendships, her sex life and the daily mishaps she opens up to the listener and brings you to the hidden places you wouldn’t have thought you would go. And suddenly there is room for everything to be as it is.

Always soaking up her grandmothers tunes and lyrics, who was a folk songwriter, already as a child she was convinced, that she too was made for the big stage. She started her career as a musician early, crafting her first EP NEVER (1998) when she was still in high school and performed with her first band SCUMP at the age of 17. She self-produced a second album SMALL WORLD in 2012 and then toured as a musician (keys, vox, synth, guitar) with various formations like CHICKS ON SPEED, VOOCHA, MIKE NAIL BAND, LOUISE LANDES LEVI’S ROLLING ORCHESTRA, ONE DROP LEFT, STEVE OUMA BAND. After she had strayed and run a café, studied business and literature and worked in a cubicle, she finally decided at the age of 33 she just needs to do what she always and only wanted to do – music.

With her performance she wants to create spaces, large and small, in which we come together and reconnect, in which we can feel not alone but part of something bigger, a certain oneness, a place where nobody is lost.

nlly not only studied Singing but also Cultural Anthropology at the University of Bonn. Her interests lie in the field of acceleration and the sensation of time and food.

After having led the Café Central in Cologne and working for German National TV Broadcaster WDR, buying documentaries and distributing them abroad, she decided in 2017 that she would concentrate on music – singing, performing and composing – which she has been doing since her early childhood.

Despite also working with other groups such as Urban Reggae Dub Orchestra One Drop Left Steven Ouma Band from Cologne, she has been mainly working as a solo artist performing her own music. She is also the founder of Nelly’s Musikclub – a regular come-together where artists are able to try out their new music and have a chance to network and jam.

She joined the queer and feminist collective Voodoo Chanel in 2016 with which she is now actively involved in the production process of their fist record and joined Chicks on Speed in 2017 where she sings and also plays the keys. 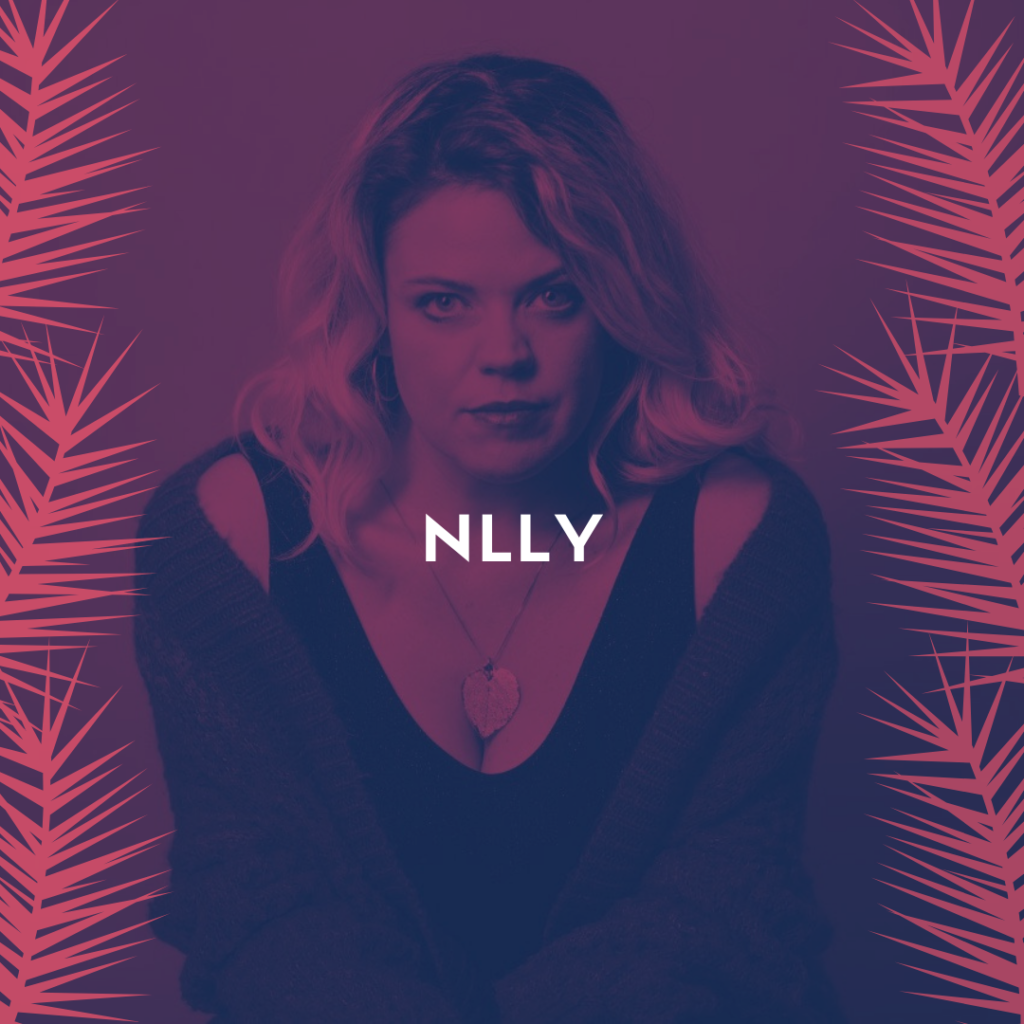